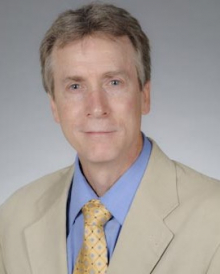 Amyotrophic lateral sclerosis (ALS) is a progressive neurological disease that leads to motor neuron degeneration and paralysis. Superoxide dismutase (SOD1) mutations are the second most common cause of familial ALS and are responsible for up to 20% of familial ALS cases. In ALS patients, SOD1 can form toxic misfolded aggregates that deposit in the brain and spinal cord.

Borchelt describes the paper as “a description of a new antibody reagent that could be useful for research in ALS” caused by mutations in SOD1. The new concept that may be revealed from this paper is the use of SOD1 knockout mice in their initial immunizations to produce highly specific antibodies. SOD1 is highly conserved and because of normal mice’s immune tolerance, the team’s first attempt at antibody production failed in these normal mice. Borchelt explains, “By using the SOD1 knockout mice, we eliminated antigen tolerance as an issue and were able to produce high quality, highly specific antibodies.”

Borchelt specializes in neurodegenerative disease and notes, “there has been some indications that antibodies like the ones we developed may be useful as therapies for ALS.” However, “additional study is required to assess the therapeutic potential of our antibodies.”