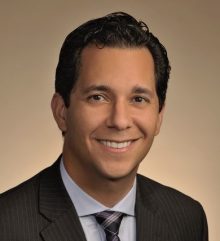 While tau is best known as a microtubule stabilizing protein, the emerging role of ER transport along microtubules for highly specialized cells such as neurons suggest that the impact of tau on the ER has major implications for neuronal function. I systematically examined the link between tau and the ER and show that (i) there are hundreds of tau-ER interactions that are still uncharacterized (Meier et al., 2015), (ii) tau impairs ER-associated degradation and causes activation of the unfolded protein response (UPR) (Abisambra et al., 2013b), and (iii) tau abrogates ribosomal function (Meier et al., 2016; Vanderweyde et al., 2016).

The overarching goal of my research program is to investigate the molecular mechanisms linking tau and ER dysfunction with neurodegeneration. This focus creates an opportunity to investigate the integration of essential cellular functions for development, aging, and disease by targeting one organelle. Ultimately, this work can aid in the identification of therapeutic targets for more than 30 million people currently suffering from tauopathies worldwide.