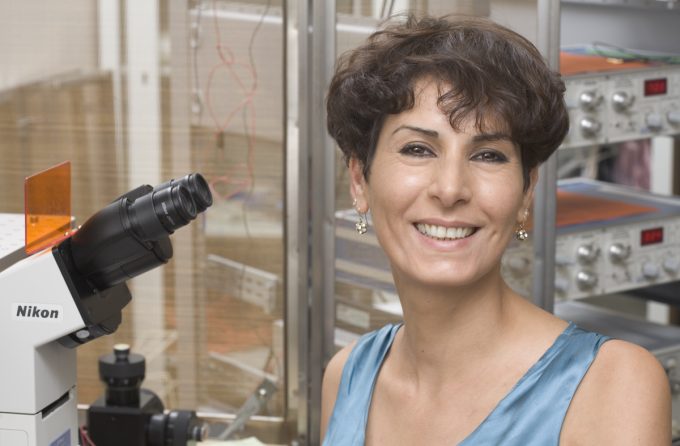 University of Florida neuroscientists have identified an underlying mechanism for how overexposure to manganese, a hard metal often used to produce steel, could induce dysfunction of dopamine neurons.

The preclinical mouse-model study, published in the Journal of Neuroscience, describes how impairment of dopamine transmission caused by manganese toxicity could potentially be blocked using a commonly available medication for chest pain. The medication, called nifedipine, is currently FDA-approved to treat angina, a type of chest pain.

The new study suggests that manganese accumulates in dopamine neurons via calcium channels that are sensitive to nifedipine, a medication that belongs to a class of drugs known as calcium channel blockers.

Manganese toxicity can result in a neurological disorder called manganism, with potential symptoms including tremor, stiffness, slow motor movement, irritability and anxiety, among others.

“For the first time, we discovered the untoward effect of manganese dopamine neuronal activity,” said lead author Habibeh Khoshbouei, Ph.D., Pharm.D., a professor of neuroscience and psychiatry at UF’s College of Medicine.

In cases of accidental manganese overexposure or chronic overexposure to manganese, nifedipine could be used to decrease the accumulation of manganese on the basal ganglia of the brain, where dopamine neurons are located, Khoshbouei said.

The findings pave the way for future human clinical trials.

Read the article in Journal of Neuroscience.