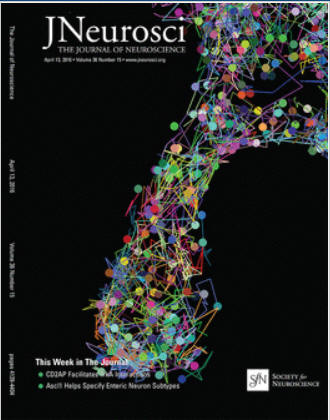 ABSTRACT:
The nonlinear, metastable dynamics of the brain are essential for large-scale integration of smaller components and for the rapid organization of neurons in support of behavior. Therefore, understanding the nonlinearity of the brain is paramount for understanding the relationship between brain dynamics and behavior. Explicit quantitative descriptions of the properties and consequences of nonlinear neural networks, however, are rare. Because the local field potential (LFP) reflects the total activity across a population of neurons, nonlinearites of the nervous system should be quantifiable by examining oscillatory structure. We used high-order spectral analysis of LFP recorded from the dorsal and intermediate regions of the rat hippocampus to show that the nonlinear character of the hippocampal theta rhythm is directly related to movement speed of the animal. In the time domain, nonlinearity is expressed as the development of skewness and asymmetry in the theta shape. In the spectral domain, nonlinear dynamics manifest as the development of a chain of harmonics statistically phase coupled to the theta oscillation. This evolution was modulated across hippocampal regions, being stronger in the dorsal CA1 relative to more intermediate areas. The intensity and timing of the spiking activity of pyramidal cells and interneurons was strongly correlated to theta nonlinearity. Because theta is known to propagate from dorsal to ventral regions of the hippocampus, these data suggest that the nonlinear character of theta decreases as it travels and supports a hypothesis that activity dissipates along the longitudinal axis of the hippocampus.

SIGNIFICANCE STATEMENT:
We describe the first explicit quantification regarding how behavior enhances the nonlinearity of the nervous system. Our findings demonstrate uniquely how theta changes with increasing speed due to the altered underlying neuronal dynamics and open new directions of research on the relationship between single-neuron activity and propagation of theta through the hippocampus. This work is significant because it will encourage others to consider the nonlinear nature of the nervous system and higher-order spectral analyses when examining oscillatory interactions.